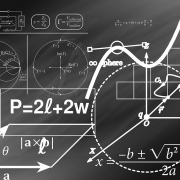 Part of the application process for Local 12’s apprenticeship program includes a mechanical aptitude test. To help candidates get ready for the exam, the Greater Boston Plumbing Contractors Association (GBPCA) is offering math prep classes at no cost to participants. The first four-week course, which was held at the Building Pathways Boston office in Roxbury, wrapped in February.

The experienced instructors that teach the classes are affiliated with the Latimer Institute, which has offered similar courses for IBEW Local 103 apprentice applicants for the past 15 years. The first course for Local 12 applicants was wildly popular, so the GBPCA made the limited number of slots available on a first-come, first-serve basis.

A second set of math prep classes will be held later in the spring. Info will be available at the greaterbostonpca.com Web site.

The Greater Boston Plumbing Contractors Association hosted an open house in honor of its new office located in Braintree. Governor Charlie Baker was the guest of honor for the event.

The Governor expressed his support for the work that has been and continues to be done by Plumbers Union Local 12 and the plumbing contractors to keep the Commonwealth safe and clean. Baker spoke with admiration regarding the tireless work of plumbers following the aftermath of the Merrimack Valley gas disaster and the ongoing work being done to ensure that Massachusetts continues to uphold the highest standards in the industry.

The evening was a chance for experts across the plumbing industry to meet and engage in productive dialogue with the top executive in the state. Among the important issues addressed during the evening were the Paid Family Medical Leave Act. The PCA also used the occasion to share info about the state’s plumbing code with the Governor.

There is one thing that everyone has while sitting in traffic: time, and a lot of it. As plumbing professionals endure more and more traffic, the GBPCA recognized an opportunity to fill the void with something productive. Since podcasts have become an increasingly popular form of media, especially for drivers stuck behind the wheel, the organization decided to produce its own show.

“We think it’s a great way to reach those who would be interested in filling their commute time with insightful business studies, engaging interviews, and news from around the industry,” says Jeremy Ryan, GBPCA’s executive director.

Called “Plumbing on the 12’s,” the podcast puts a fresh spin on the daily traffic report. Ryan co-hosts the show with the organization’s director of public affairs, Andrew DeAngelo. It covers topics such as business studies, substance abuse recovery and wellness, and new technologies. Ryan says that he will be inviting prominent figures in the plumbing and building trades industry to stop by as guests and give their perspectives on a variety of topics. The podcast’s first episode covers cost transparency and its potential use to drive business.

Information about the podcast, including direct links to the episodes, is available on the organization’s GreaterBostonPCA.com Web site. You could also subscribe by searching on iTunes for “Plumbing on the 12s.”