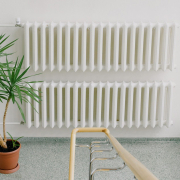 ﻿In theory, a “net-zero” building code–that is, a code designed to develop new buildings that would generate no carbon emissions–sounds like a no-brainer.

Energy efficiency, after all, is something we need to achieve. But whenever theory meets reality, the devil is in the details. And the details of the state’s proposed net-zero building code raise some troubling concerns.

That’s why this past January, Governor Charlie Baker vetoed the part of a sweeping climate policy bill that targets building codes. He instead sent it back with recommendations that a coalition of industry stakeholders as well as the general public be given the opportunity to weigh in on the provision.

Zero-energy buildings either produce no emissions or generate sufficient renewable energy to offset their carbon footprints. The original bill included a net-zero “stretch” or “flex” code that would allow communities in the Commonwealth to opt into higher energy efficiency requirements for new buildings.

If enacted, the provision would have created a patchwork of building codes across the state. That would have caused uncertainty and a lack of continuity in the construction industry. The provision would also open the door to communities such as Brookline, which attempted to ban the installation of gas and oil pipes in new and renovated buildings. Stating that it would undermine the state’s building and gas codes along with the authority of the Board of State Examiners of Plumbers and Gasfitters, Attorney General Maura Healey disapproved the town’s bylaw.

The Brookline example highlights other potential problems with the proposed net-zero flex code. By uniformly banning gas, the town’s restrictions would have imposed a financial burden on homeowners, businesses, and organizations. They would have had to rely on electricity, which costs considerably more than gas, to heat their homes and buildings. It would have also increased the construction costs of new buildings in Brookline.

Higher construction costs are one of the primary objections to the net-zero code. For example, it is estimated that a typical two-story home would cost as much as $83,500 more to build. That would have a chilling effect on the development of affordable housing and other types of construction. It’s challenging enough for working families seeking housing in the Boston area; adoption of the code would make it that much more difficult. Also, it would discourage development of new projects, thereby taking jobs away from working men and women in the construction industry.

“This is a well-intended law,” says Andrew DeAngelo, director of public affairs for the GBPCA. “But it has unintended negative consequences.”

Despite its informal characterization as a “flex” code, another problem with the legislation is its inflexibility. Should a community choose to outright ban all gas piping in new buildings for example, it would mandate a hatchet, rather than a scalpel, be used to help control carbon emissions. Rigid regulations may impose unnecessarily expensive technology that would make it prohibitive for developers and owners to proceed with projects. Some may not have the ability to scale up. Given some latitude, developers may be able to find ways to decarbonize faster and less expensively.

“I understand the desire to move away from gas,” says Tim Fandel, Local 12’s business manager. “We share the goal of addressing climate change and reducing carbon. But we differ on the pathway to getting there.”

Massachusetts, which is already recognized as a leader in climate issues, may need to move away from gas and other fossil fuels as energy sources. But that doesn’t necessarily mean that its cities and towns should ban all piping. DeAngelo points out that much progress is being made on zero-carbon-emission fuel resources such as renewable natural gas, methane, and hydrogen.

“We wouldn’t want to eliminate the pipe infrastructure,” he says, noting that Denmark and Australia have major projects that are powered by hydrogen. “We need a diverse energy portfolio, especially here in New England,” DeAngelo adds. “We need to take a broad view.”

By first vetoing and eventually reaching a compromise with the Legislature to allow for an industry stakeholder input process, a window has been provided for organizations such as the GBPCA and Local 12 to share their views about the law’s impact and to discuss issues such as the adoption of hydrogen as a fuel alternative.

“We are happy for the opportunity to have our voices heard as legislation and regulations are crafted,” says Local 12’s Fandel. 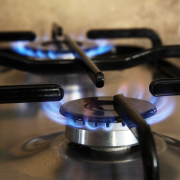 In response to a bylaw passed by the town of Brookline seeking to ban the installation of gas and oil pipes in new and renovated buildings, Attorney General Maura Healey disapproved it because it is inconsistent with state law.

Her office said that the bylaw would undermine the state’s building and gas codes along with the authority of the Board of State Examiners of Plumbers and Gasfitters. Essentially, the codes are standard across the state and don’t allow for the kind of exception that Brookline was seeking. Further, the bylaw would violate a law that gives the public uniform access to utility services.

The issue is of importance to the GBPCA and Local 12. “It’s in our name,” says Tim Fandel, the union’s business manager. “We are Plumbers and Gasfitters Local 12. It’s no small part of what we do.” Gasfitting provides a lot of work for the union’s members and its affiliated GBPCA contractors.

That doesn’t mean the organizations are opposed to combating climate change—quite the opposite. In fact, they believe that gas provides a cleaner, more realistic, and more affordable pathway to renewable energy than imposing an outright ban of it.

The Brookline bylaw would have required developers and homeowners to install heating and hot water systems as well as appliances that exclusively use electricity. Other communities, including Cambridge, Newton, Lexington, and Somerville have considered similar measures.

“While it’s well-intentioned, trying to implement a fossil fuel ban in 2020 without an existing renewable energy infrastructure is misguided,” says Andrew DeAngelo, director of public affairs for the GBPCA.

He explains that by putting more of a burden on the electrical grid now, utilities would need to burn more fossil fuels thereby releasing more carbon emissions and greenhouse gases into the atmosphere. When demand spikes during the winter, Massachusetts relies on oil- and coal-fired facilities for up to 40% of its electricity. Ironically therefore, should a community ban gas pipes, heat that could have been supplied by cleaner, gas-fired heating systems in homes and businesses would instead be generated by burning coal and oil. “If cities and towns attack this with a broad blade, there would be unintended consequences,” DeAngelo says.

It also would place an undue financial burden on homeowners, businesses, and organizations. The cost to heat using electricity compared to gas is more—in most cases, considerably more. In fact, Massachusetts has the highest electricity rates in the lower 48 states.

According to the commercial real estate development association, NAIOP Massachusetts, it is more cost-effective to build projects using gas systems. The proposed Brookline bylaw and similar measures would therefore hike the construction costs of new buildings. “At this stage of technology, natural gas bans would block important affordable housing and economic development projects from advancing and would be extremely detrimental to the commonwealth’s economy,” the NAIOP says.

Along with chambers of commerce and other organizations, the GBPCA and Local 12 are members of the Mass Coalition for Sustainable Energy [massforenergy.org]. The group supports a responsible transition to a renewable energy future that ensures reliability and affordability, strengthens the state’s economy, and enhances Massachusetts’ position as a leader on climate change. It advocates for expanding our access to natural gas.

“We all share the same goal of having cleaner energy sources like wind and solar in the long term,” Fandel says. “I think natural gas acts as a bridge to get us there eventually.”

There are two pieces of legislation winding their ways through the State House that are of interest to the industry. One would establish licensing standards for medical gas piping systems, while the other would do the same for drain cleaners. Both of the bills were introduced early in 2019, both have been referred to the Joint Committee on Consumer Protection and Professional Licensure, and both have had public hearings conducted.