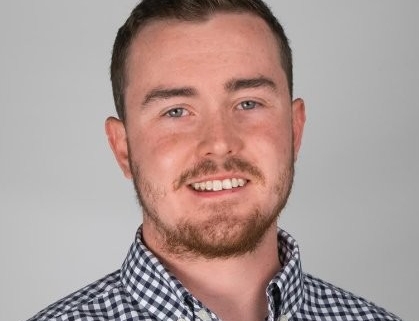 In July, the Greater Boston Plumbing Contractors Association hired Andrew DeAngelo for the new director of public affairs position. His responsibilities will concentrate on external matters with a focus on legislative issues and community outreach.

Representing GBPCA contractors and the plumbing industry, DeAngelo will be dealing with regulatory initiatives and pending legislation such as paid family medical leave, wage theft, and the medical gas and drain cleaning bills. Among his duties, DeAngelo will be spending a lot of time at the State House where he will meet with lawmakers to advocate for the industry. He will also be the organization’s liaison with the state’s Plumbing Board.

DeAngelo will be visiting and interacting with technical colleges, high school trade schools, and other educational institutions as well as municipal and social service organizations to promote and support the value of plumbing as a career.

“Andrew knows how to engage groups and is an expert in community outreach,” says Jeremy Ryan, GBPCA’s executive director.“

Ideally suited for the job, the paths that DeAngelo has taken seemed to have been leading him to the GBPCA position. He grew up in a union household and, thanks to his father, has always been interested in the building trades. When he was younger, DeAngelo learned to work with his hands from his dad, a recently retired electrician and member of IBEW Local 103. He attended UMass Amherst to pursue his other interests, public service and politics.

After graduating, DeAngelo combined his interests and worked for Boston’s Office of Workforce Development as a transitional employment supervisor.

“The job looped me back with the building trades,” he explains, describing his role overseeing crews of court-involved youth at construction sites for Habitat for Humanity and Boston Planning & Development Agency properties. In addition to helping the participants get on-the-job training, he worked with them as a life coach.

The construction industry figured prominently in his next position with the Operation Exit program, which is run in conjunction with the Mayor’s Office of Public Safety, the Boston Center for Youth and Families, the Boston Public Health Commission, the Boston Police Department, and Building Pathways. DeAngelo worked with at-risk individuals who enrolled in an intensive three-week course that introduced them to the building trades.

That led to a similar position working directly for Building Pathways. As its project coordinator, he oversaw the day-to-day needs of the training program and established relationships with the training directors, business agents, and business managers of the area’s building trades, including Local 12.

“We couldn’t have asked for somebody with a better background,” says Ryan. “Andrew has been helping the construction industry as a whole. Now he will be focusing on plumbing contractors. Andrew will help raise the profile of the PCA, not just internally, but with the community at large.”

He’s carrying on the family business

The business of being a business agent

Day care that works for parents in the trades

He returned to Local 12